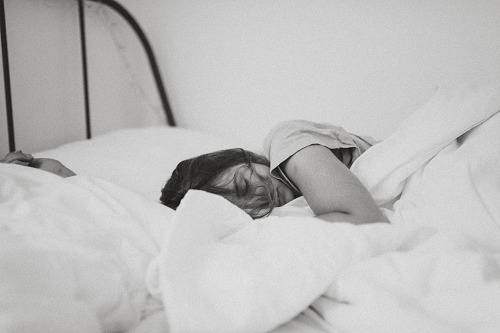 What Your Sleep Position Says About Your Personality

In 2019, the research company OnePoll conducted a survey of 2,000 Americans to see if personality details can be drawn from preferred sleeping positions. Along with determining what type of sleeper is the biggest fan of Friends (side sleeper), most likely to be an early bird (back sleeper), and most likely to love action/adventure movies (stomach sleeper), OnePoll discovered which personality type correlated with which sleeping position. The results may surprise you.

Side sleepers are most likely to consider themselves extroverts (28 percent). This means that they crave external stimuli such as work and social gatherings. Unsurprisingly, this sleep position correlates with being a night owl. Side sleepers will be happy to know that they sleep longer on average than people who sleep in other positions. Six hours is the magic number that side sleepers come the closest to attaining. However, they have the hardest time falling asleep – which may be due to excessive stimulation. Regarding entertainment preferences, side sleepers prefer horror over other movie genres.

More back sleepers are introverts than people who prefer other positions. Thirty-eight percent of the back sleepers in this survey claimed allegiance to introversion, a personality type whose characteristics include individualism, perceptiveness, diplomacy, and fastidiousness, but also laziness and oversensitivity. Back sleepers take only 20 minutes to fall asleep, but their chosen position comes with more sleep problems, such as sleepwalking, nightmares and sleep paralysis. They also get the least amount of sleep, averaging only 5.28 hours per night.

Stomach sleepers have the most versatile personalities according to OnePoll. Forty-two percent consider themselves to be ambiverted, meaning that they ride the line between introversion and extroversion. This midline personality type correlates with midline sleep performance. Stomach sleepers fall between back sleepers and side sleepers when comparing nightly sleep accumulation (5.65 hours) and between back sleepers and side sleepers regarding the time it takes to fall asleep (22.5 minutes). Stomach sleepers appear to have mid-brow tastes as well. They expressed affinity for TV shows like Stranger Things, The Handmaid’s Tale, and The Walking Dead. Still, these are arguably more interesting choices than Friends. Yes, that’s a dig at you side sleepers.

It turns out that the way you sleep correlates with unique personality traits and vice versa. While the results of this survey are just generalities, they can help people understand a little bit more about why they sleep, and act, the way they do.  Feel free to take a survey to find out which mattress would be best for your sleeping positon.

Menu
adroll_adv_id = "NHV7LOPWZJHYLG3TMTMTT4"; adroll_pix_id = "SVQS3BULHRF23J3QL55WUW"; adroll_version = "2.0"; adroll_current_page = "other"; adroll_currency = "USD"; adroll_language = "en";
This website uses cookies to improve your experience. If you continue to use this site, you agree with it. Privacy Policy
Ok